Albert Haynesworth to Redskins: “Take Off The Dag-gone Leash And Let Me Loose”

Reports on Monday that the Washington Redskins would release Albert Haynesworth appear to have come up unfounded. That said, the disconnect remains and seems like it’s probably as strong as ever.Anonymous teammates came out and said Haynesworth was hungover for Friday’s practice. One way or the other he wasn’t feeling well and didn’t practice and then was deactivated for Sunday’s loss to the New York Giants.It’s been one thing after another for Haynesworth with the Redskins this season, and it doesn’t appear that the fans and his teammates are the only ones that are sick of it. Haynesworth, himself, says he is sick of it, too, and that the coaching staff should simply let him go out and play.Albert Haynesworth joined 106.7 The Fan in Washington with Kevin & Rock to give his side of the story and discuss the Redskins deactivating him, whether it was because he was sick, if anyone talked to him about a possible release, if he wants to be released, if he has gone to the coaching staff to say he wants to play more and other players who have been more receptive to the new defensive scheme. 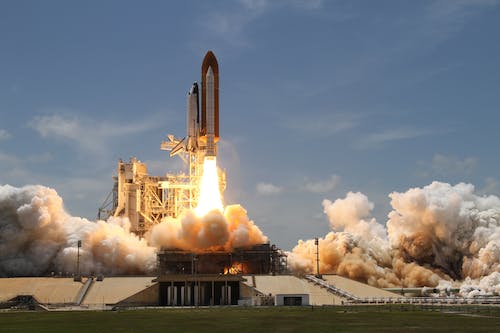 On his side of the story of what is going on:

“I don’t know, but like I got people calling me and saying some media people are reporting that I was like hungover and drunk and all this stuff Friday. And then they’re like, ‘Well, lots of people said it.’ I was like, ‘I didn’t know a bunch of people were out with me.’ … Yeah, I went out on Thursday but left early because I wasn’t feeling good and went home. They want to sit here and say I was hungover and drunk or something like that. You look at my career, you look at my college career, there’s never ever been alcohol involved. … For people to make up lies to try to make me look bad, it’s ridiculous. I think they’re cowards. If they have something to say, they should come to my face.”

On the Redskins deactivating him for Sunday’s game:

“The bottom line, Sunday, I was ready to play, could’ve played, wanted to play, and then I come in and my stuff is packed up. They tell me I’m deactivated. That’s their choice. I’m here to play. Everybody’s saying I’m not committed, I’m committed. I’m ready to play. I’ve never had an issue with playing. I always play hard, I play hurt. I’ll blow out something before I quit playing. I’m still the same player that I was when I was at Tennessee and if they can put me on the field and let me prove that, then I would. Getting 14 snaps a game is not helping anything.”

On if he was spoken to about a possible release:

On whether, at this point, he would want to be released:

“I’m just happy to have a job. I’m not going to say anything like that as far as I want to be cut. Nobody wants to be cut. But I do want to be treated fairly and I do want to play. They paid me to play, that’s what I want to do. I want to show how I can play. They paid me this money. Let me play like I played in Tennessee, I will show you. I made a lot of plays in Tennessee and could do the same thing here. All you’ve got to do is take off the dag-gone leash and let me loose and you’ll see how great I am.”

On being a highly paid third-down specialist:

“To me, it’s ridiculous, but I do whatever they want. I want to play every down, but what we run here is a 3-4 defense and it’s completely something different that I’ve never ran before. I practice it or whatever, but I’m just not that good at it. It’s completely changing the style of my game.”

On other Redskins players who have been more receptive to the change to the 3-4:

On whether there’s a time that he just goes up to the coaching staff, or even higher, and telling them it’s just time to cut the crap and play him more:

“You think at some point that they would get it without me having to go up and say that. You paid me a lot of money. Obviously I can still play the game, the way I’ve played these last few games. It’s kind of the writing’s on the wall, it’s there, just let me play. I could do a lot of great things for this team. My objective is to win. Win games. That’s what I want to do, win games.”