To me, the whole situation with New England Patriots tight end Rob Gronkowski and adult film star Bibi Jones never really should have been a situation at all. The two took a picture together, he with his shirt off and her wearing his jersey, during the bye week last week and they put it on Twitter and everything just sort of took off.Was it different in the sense that most players didn’t spend part of their bye week with a porn star? Sure. But at the end of the day it’s not as if the picture was offensive and neither was Gronkowski’s conduct. Still, he apologized this week to the Patriots and the situation has kind of just been simmering. The tight end says he had a brief exchange with Patriots owner Robert Kraft and the owner told him to watch out and be careful. Of what? That’s the real question.Rob Gronkowski joined 98.5 The Sports Hub in Boston with Toucher and Rich to discuss whether he really carries a jersey around with him, the advice he got from Kraft, his breakout game against the Steelers last year and playing against Troy Polamalu. 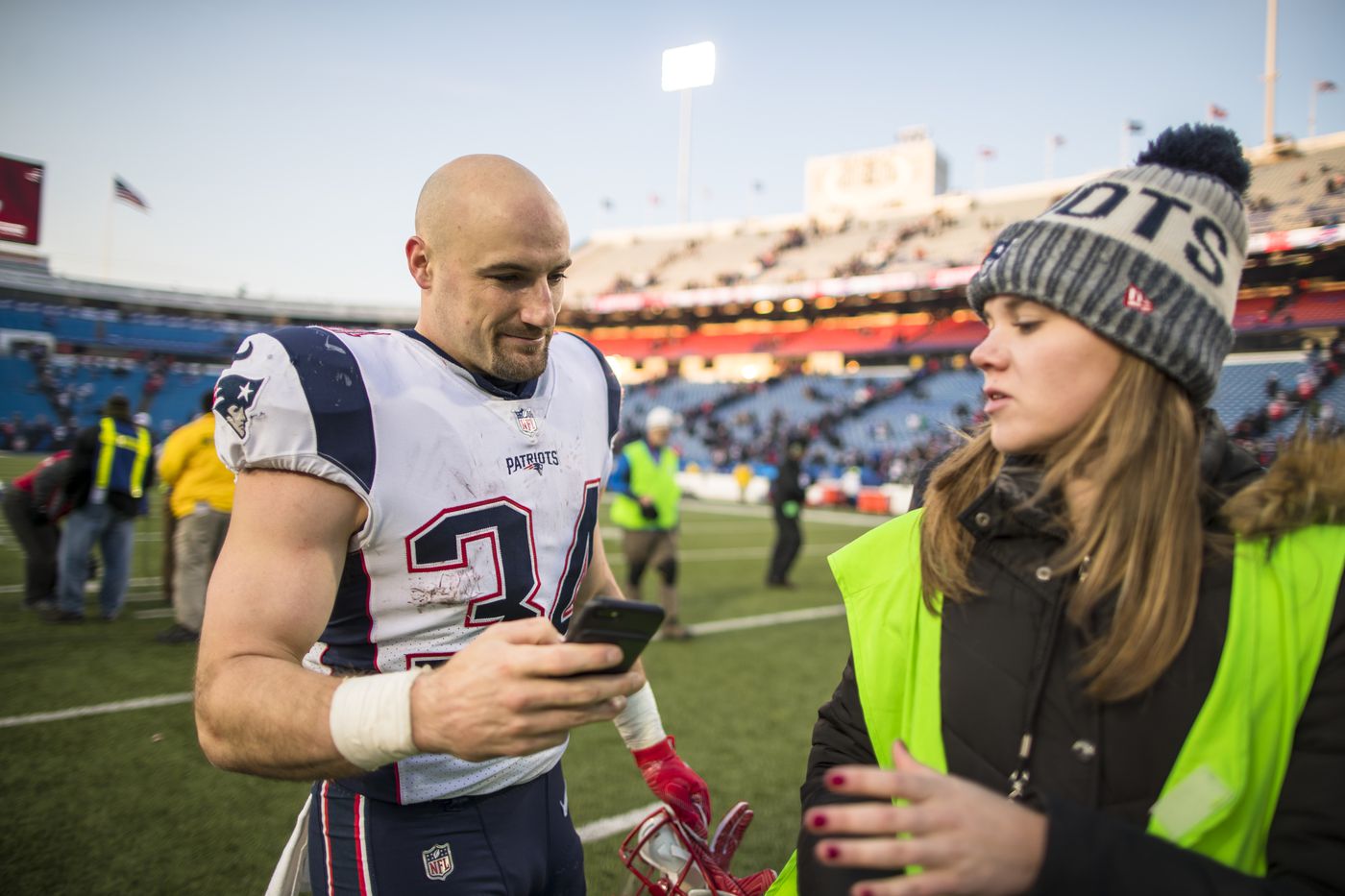 Do you really carry a Gronkowski jersey around when you travel?:

“No, man. I was going out to see my buddies and all the time my buddies ask for jerseys, so I was just bringing one out for my buddy. They love to represent me, they love to support me and I love the support from my friends.”

Is it true that you had to have a meeting with one of the Patriots’ owners regarding the situation?:

“I wasn’t asked to apologize to anyone, I just saw Mr. Kraft in the hallway. We had a brief discussion and that’s all it was. He just offered me some advice and I appreciate it very much and that was all.” What did he say?: “Just always be careful, always watch out. Just left it there and moved on to the Steelers after that.”

You kind of broke out against the Steelers last time you met. What was it about their defense that you were able to exploit?:

“Just overall it was great execution by the team last year. … We had our run game going and everything, which helped out the pass game. But it’s a whole new personnel now, this year, a whole new group, a couple changes on both sides of the ball for us and for them. So it’s definitely going to be a different game than last year and you have to study up.”

One guy that hasn’t changed is Troy Polamalu. You’re a tight end and he’s a safety. Do you expect to see a lot of him on Sunday?:

“Yes, definitely. He’s one heck of a player and has high energy at all times. You’ve got to always be aware of where he is on the field because he’s just that big of a playmaker.”