After A Year Off, Brian Urlacher Is Back To Lead The Chicago Bears

It’s clear that Brian Urlacher’s production over the last few seasons has not been nearly what it was over most of his now ten year career. But how much of that is due to injury? And, with a Chicago Bears roster that now also includes Julius Peppers, can Urlacher bounce back in his eleventh season to help make this defense a feared one again?All of the talk about Urlacher leading into was about how he finally felt healthy for the first time in two seasons. It’s not that was a bad year statistically, but Urlacher had clearly been limited. After a great training camp, the unquestioned leader of the Bears’ defense broke his wrist just three tackles into the first game of the year. Whether the Bears were expected to do much last year or not, Urlacher had set high goals for himself and, all of the sudden, he was out for the year.Urlacher is back and claims to be fully recovered from the injury. If that’s true, Peppers helps the line get the pressure it needs from the front four and the Bears get the excitement they desire out of Jay Cutler and the Mike Martz offense, Chicago could compete for the playoffs. The window may not be open for long though, especially with so many key defensive players in their 30s.Brian Urlacher joined Laurence Holmes on WSCR in Chicago to discuss battling back from a broken wrist that cost him theseason, what it means to be around his teammates again, what he thinks of Julius Peppers, his desire to finish his career with the Chicago Bears and his expectations for the Bears’ offense in. 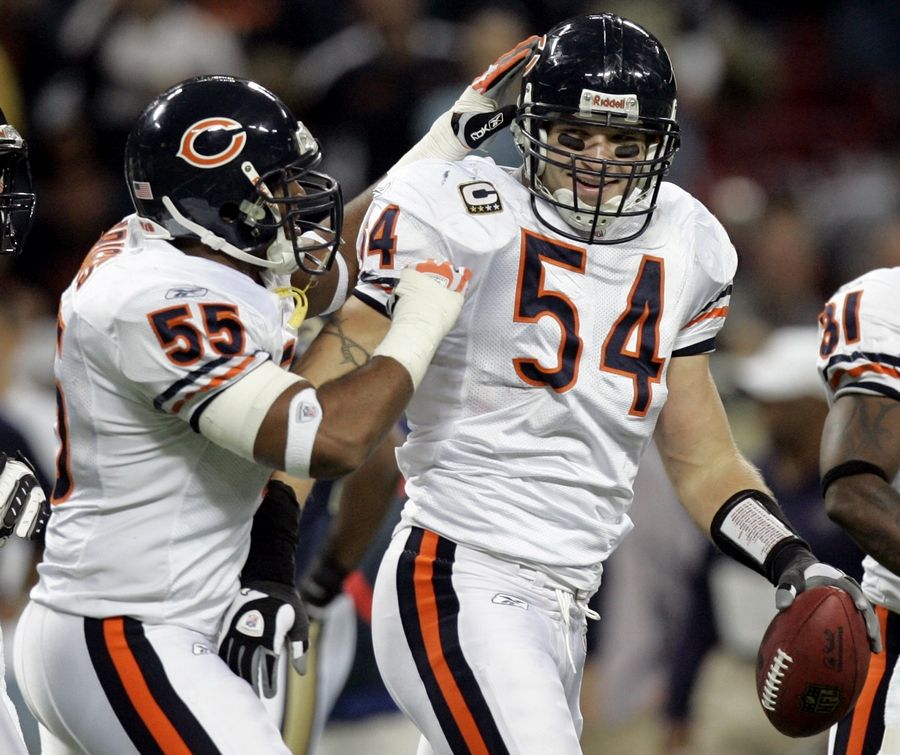 On his health going into

“I feel good this year physically. I had a year off last year. It’s the first year I had off since I started playing football.No contact. I just went through training camp. I feel good. My wrist is good. I’m moving around out there.It’s fun again. Taking a year off and missing contact, being around my teammates, it stunk. It’s nice to be back out here just to be able to practice again… The doctor told me right away, ‘You did the worst thing you could do to your wrist.’ He’s seen motorcycle wrecks and car wrecks. He said, ‘You did the worst you could do. For some people, this would be career threatening, but you have the right people taking care of you.’ He was right. I did everything the way I was supposed to. Everything they told me. Got back in training camp this year  no affects. It’s  a little sore every once in a while, which is going to be with a major injury. On the field, I’m not limited from anything.”

On the worst part about missing time:

“I missed my teammates. I couldn’t wait for the off-season to start so I could be back around them again. I was with them in the season when I was doing my workouts and stuff. When they would go into meetings, I would go workout so I didn’t have to be around them. I thought it was a distraction. I wanted to be away from everyone. I just kind of did my own thing, my own workouts. It’s so nice to be back around everybody, screwing around again in practice, having fun in the dorms. Training camp is getting fun now.”

On if he wants to finish his career a Chicago Bear:

“I don’t think I’ll go anywhere else. If I win it will be here. I don’t see myself playing anywhere else. I like it here. This will be my eleventh year. If I can get two or three more out of my body and I still feel good and can be productive I’d like that. We’ll see what happens.”

“I’ll say this about Peppers, he’s the best football player I’ve ever seen. He’s 300 pounds. He does things DBs are doing. I don’t know how we got him, but I’m glad we did.”

And on the new offense for

“Jay (Cutler) puts the ball on the money every time… If we can just get them on the field and get them a little protection, we should have a good season on offense.”