After 12 years with the Arizona Cardinals, Adrian Wilson has been released and is now on the open market. Wilson’s 33 years old and hasn’t been himself in recent years, but you can bet that a talented play-maker like that will find a new home fairly quickly as things transpire on the open market in the days and weeks to come. He seems to know that, and he’s at peace with the team’s decision to move on. Adrian Wilson joined Bickley and MJ on XTRA Sports 910 in Phoenix to discuss his release in Arizona, how he feels about the end of his time with the Cardinals, what might be next and his desire to join the NFL’s 30/30 club. 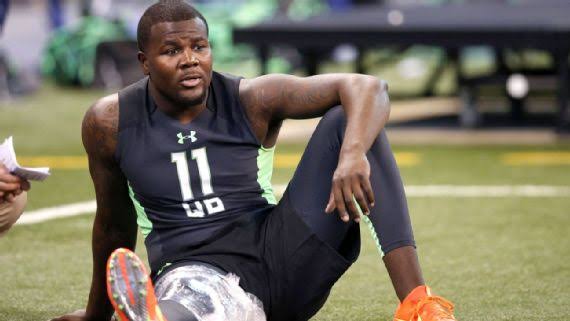 On not holding this decision against general manager Steve Keim:

“I’ve been knowing Steve since I was 17, so our relationship is much more than just football. He’s my family, and right now it’s just a business decision, not a personal decision.”

On not having hard feelings, despite the fact it was his goal to retire in Arizona:

“Last year, obviously with the pay cut, our goal was to kind of stay here and finish my career here. And with the kind of season that we had, obviously with the turnover with the new head coach, new GM, the things that they want to do as far as going forward in the franchise, I was not in those plans. So I have no hard feelings towards those guys, that’s a business of what they want to do. And I’m gonna move forward and try to finish my career somewhere else, but I’ll always be a Cardinal and I have zero hard feelings towards those guys.”

On how much he feels he has left in him:

“Did you really ask me that? [Laughs] … A lot of people say a lot of different things about why I got shut down last year and all this other stuff, but the point is I feel like I still have three years left. That’s the reason why I signed that deal, was because I knew my time was running out and I know I can still play good ball. But that’s not even an issue. It’s just all about finding the right fit and just moving forward, man.”

On his attitude regarding being cut:

“I’m happy. I’m not mad about anything. I’m happy because I know I put in 12 great years and I can’t look back and regret anything about that. … Yeah, we didn’t win a lot, but we won some. And for me, I can’t be mad at that, man. I’ve had a great 12-year run here. I’ve accomplished a lot of great things here.”

On where he prefers to go next:

“I don’t know, man. I just want to keep playing ball, wherever that is. Obviously going to a contender and being able to play for a championship, that would be the best-case scenario. Staying on the west coast would be the best-case scenario. … But wherever the call is, whatever the team that wants my services that knows the type of player that I am and needs that type of player, then obviously I’ll go there.”

On his desire to become the third player in NFL history to record 30 interceptions and 30 sacks: