Adrian Peterson Says He’s Been Told Not to Make Cuts, But is Cutting Anyway

Adrian Peterson is back, but no one in Minnesota is celebrating yet. The Vikings star running back tore up his knee only eight months ago, and he’s defied the odds by getting back onto the practice field this early. But this is a team that probably can’t succeed without him, and AP knows that.Adrian Peterson joined Dan Barreiro on KFAN in Minneapolis to discuss his recovery from a torn ACL and MCL, how it feels to be back on the field and how the knee felt during the first practice. He also stated that he’s not holding back and avoiding cuts in practice and touched on Jerry Rice’s suggestion that he’s coming back too quickly. 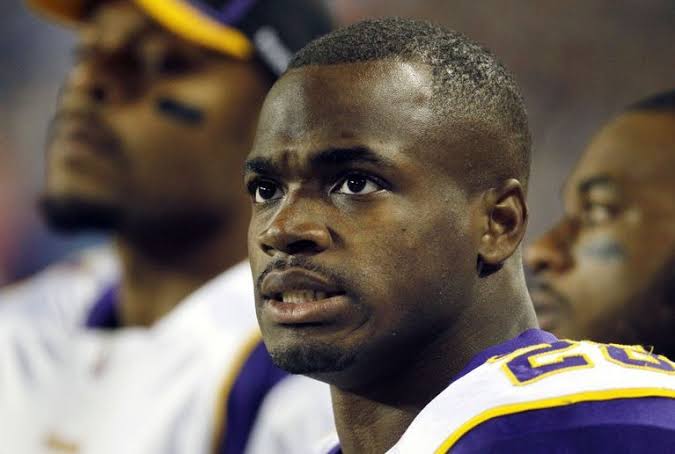 On his relatively speedy recovery from knee surgery:

“People are different. People heal differently, people bounce back and recover differently from different injuries. And it’s just one of those cases where I’ve just been working hard, been blessed and God’s been covering me. And I just came back quicker than normal. So it’s hard for people to kind of fathom that and believe that, but it is what it is. So I don’t worry about that — I just keep my mind stuck on my vision and my goals, and everything else will work itself out.”

On the defense being told not to make contact with Peterson in practice:

“Yes, I can confirm that. And I had a frown on my face when I saw Coach Frazier walk over to the defensive side of the ball (to tell them not to hit me).”

On how he felt getting back on to the field:

On how his knee felt in his first practice:

“No soreness. My workload was pretty light (Wednesday), but when I was out there on a couple of runs it felt pretty good. Didn’t feel any weakness or any soreness in the knee at all. Didn’t really get to pass protect as much, so I’m looking forward to doing that.”

On cutting in practice, even against advice:

“They tell me, ‘Hey, we just want you to run in a straight line,’ but I’m not gonna do that. When I’m out there I’m gomna make sure that I’m getting good work in and I’m out there playing my game.”

On Jerry Rice’s suggestion that he’s rushing back too fast: