When Adrian Gonzalez was traded from Boston to Los Angeles over the weekend, it meant he was joining his fifth organization in the last decade. During that time, the first baseman has been shipped from Florida to Texas to San Diego, and then on to Boston and now back to the West Coast.It might bug some players to be dealt that many times, but Adrian Gonzalez isn’t worrying about it. He’s looking at it from the perspective that all of those teams that traded for him really wanted him and that all the situations were different. Gonzalez has gone 3-for-12 with a home run and four RBI in his first three games with the Dodgers.Adrian Gonzalez joined XX Sports Radio in San Diego with Darren Smith to discuss getting used to being with the Dodgers, the emotions involved with getting traded, when he realized the trade was actually going to happen, growing up a San Diego fan and now playing for a rival, playing for Don Mattingly and his viewpoint in being traded so often. 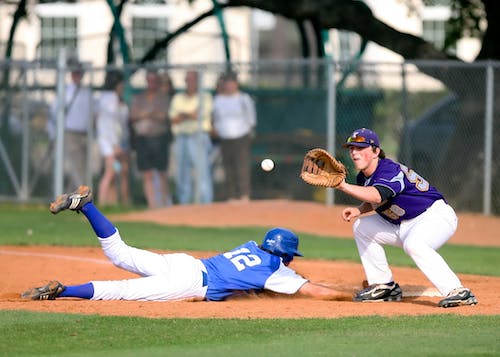 Have you gotten used to hearing your name tied with being the first baseman for the Dodgers?:

“Yeah, as much as you can get used to it, for sure. The minute I heard I was traded, I’m used to it. It’s great to be back on the West Coast, be in L.A. with a great crowd there and great atmosphere.”

What are your emotions as far as being traded?:

“We didn’t win like it was expected in Boston, but I don’t think you could say it didn’t work out. It’s one of those things where the team wanted to move in a different direction, and I was part of what the Dodgers wanted to make it happen.”

When did you first start hearing about the deal and when did you realize it could become a reality?:

“Friday, same thing with you guys. I was taken out of the lineup on Friday and maybe an hour or two before that is when I got a phone call … from my agent and it was something that might have started heating up. … It’s definitely surprising. The day before that, on Thursday, I never would have thought of it. It’s definitely something that really surprises you, but when you hear that a team like the Dodgers wants you, you start getting goosebumps.”

Is it bizarre to be in Los Angeles after spending so much time in San Diego and knowing what the folks in San Diego think about the Dodgers?:

“You grow up as a fan, but when you get into this business and you play the game, you realize that the thing that matters is playing to win, playing for your teammates, playing for the organization that has you. … It’s a great atmosphere, great team, and I’m just really excited to be here.”

What was it like to walk into Don Mattingly’s office, given that he’s a renowned left-handed, slugging first baseman?:

“I didn’t actually walk in his office, but … when I said hi to him, it was just unbelievable. I always looked up to him, always thought he was a great player. I really, really enjoyed watching and following him as a player and really heard great things about him at all the times when I was in San Diego and for me, it’s just getting to know him here.”

Do you ever wonder what in the world is going on when you’ve played for five teams now?:

“No, I mean, when I was traded from the Marlins, they needed to make a move to win the World Series and I was the player the Rangers wanted. When I was traded from the Rangers, I was in a spot where there wasn’t a position for me. … From San Diego, it was more of a contract status. The Padres weren’t going to be able to offer me anything. And this one, the situation was the Dodgers are in a position to get in a pennant race. … For me it’s a blessing to know these teams really wanted me.”

But does it get to a point where you think the Red Sox no longer wanted you?:

“No, because I talked to … management and they, face to face, told me that they didn’t want to trade me but that it was a trade they had to make and the Dodgers were not going to be willing to make it without me.”