Excellent. I was wondering when a documentary would be made about the heist of the Seattle Sonics out of the city I live in. Apparently it already has been produced, and it’s fittingly called SonicsGate. Adam Brown, the man behind the project, is clearly the exact type of personality needed for these types of projects. That’s to say he’s not afraid of ruffling some feathers in an attempt to get at the facts. He came close, landing interviews with a bunch of major figures in the story, but one man he failed to get any time on camera was Starbucks CEO Howard Schultz. It wasn’t from a lack of trying though.Brown joined 950 KJR in Seattle with Dave “Softy” Mahler to talk about what exactly went down when he attended Starbucks CEO Howard Schultz recent book signing at a Seattle-area Costco, why he was asked to leave the event by security despite not acting disorderly in any way, why he believes Schultz explicitly asked that he be removed from the event, what Schultz could have possibly said even if they had spoken that would have changed his or other Sonics’ fans minds about why the franchise is no longer in the Emerald City, and how it doesn’t appear one bit that Schultz is interested in trying to repair the massive PR damage he personally took when he spearheaded the Sonics exodus out of town to the wastelands of Oklahoma City. 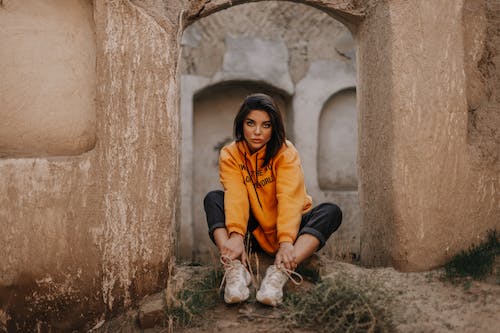 On what exactly happened during his visit to Howard Schultz’s book event at Costco:

“Man, well I can’t say that I was surprised at what happened just because of how Howard has avoided the Sonics subject in the past. But I went out there with just the intention to wait in line and give him a copy of SonicsGate. We tried to interview Howard multiple times for the film, but he obviously turned us down through his PR people. So we wanted to get a chance to talk to him face-to-face, give him a copy of the documentary and give him a chance to respond to the whole controversy.”

On what led to him being asked to leave the event by security:

“So yeah, I walked in wearing my Sonics hat and my SonicsGate shirt available at sonicsgate.org, and walked in — and that’s probably the mistake you think I made — wearing Sonics stuff, but we’re loud and proud here at SonicsGate, we don’t back down. So I walked in and cooperated, stood in line taking pictures just like a dozen other people there with their camera phones and everything. And I walked to the front of the line and I saw Howard point and me. And now I’m not sure exactly what he said, but it appears in the video he says ‘that guy right there’ or something like that. Than as I’m walking towards the back of the line, another Sonics fan motions to me and says ‘watch this.’ And I go, ‘are you going to do something?’ He kind of nods, so I stood there and watched as he was next in line, and he went up to Howard and yelled at him and called him a traitor and said how can you show your face around here? I caught the whole thing on FlipCam. Then as I walked to the back of the line, I stood back there for about 10 seconds and Costco security said ‘you’re going to have to leave the store. And I said why? I haven’t done anything, I’m just standing here in the back of the line. And they said ‘well Howard doesn’t want you here, I’m going to have to ask you to leave the store.’ I asked them to say something on camera, he didn’t, he took me over to the police officer and that’s where the video picks back up. And they wouldn’t provide any reason why I was kicked out.”

Even if he had gotten a word with Schultz, what could Schultz possibly say that would change his or other Sonics fans minds about why their team is no longer in the city of Seattle:

“I’ll tell you one thing that he could say that would make it all better Softy — he could say I’m building Starbucks Arena in Bellevue or the city of Seattle, and I’m bringing back an NBA team. That is the only way I would step foot back into a Starbucks, Seattle’s Best Coffee, or any other Schultz owned business again.”

How Schultz seemingly doesn’t care one bit about trying to win back the legions of Seattle residents that view him as an all-time sports villain in the city:

“Yeah he’s succeeded at really blowing every PR opportunity related to this starting with declining an interview in SonicsGate. As you saw in the film, we tried to interview everyone on both sides of the issue and give them their chance to speak, and even guys like Brad Keller — Clay Bennett’s attorney — and Chris Van Dyke, the Citizens For More Important, and [first name incomprehensible] Person who was on the guilty side of helping the team being escorted out of town three years ago. But Schultz is just a coward. What’s he going to do? Never set foot publicly in Seattle again? Because every time he does, Sonics fans are going to come and do a peaceful protest, you know? Contrary to what they may have thought, I was not going to raise my mouth at him, I was not going to punch him in the face like most Sonics fans would probably like to. I’m not going to jail, I’m not stupid. I was just going to give him a copy of the movie, so you know, he got scared and ran away with his tail between his legs just like he did when he sold the team to Clay Bennett.”