With developments on the conference realignment front happening at a fast and frenzied pace each week, it’s hard to blame a conference or a school from wanting to be proactive with its course of action. That’s just what the Atlantic Coast Conference decided to do this past weekend when it added Syracuse and Pittsburgh as new members.While most leagues around the country are involved in talks, there’s not really been that much official activity that’s occurred. John Swofford, the commissioner of the ACC, and his committees made sure they didn’t stand pat and wait for their fate to be decided by others. Their decision to add Pitt and Syracuse might not be a perfect scenario in everybody’s mind, but from a business perspective, Swofford appears to have made a wise, proactive move.John Swofford joined 790 The Zone in Atlanta with Barnhart and Durham to discuss why Pitt and Syracuse were a good fit to join the ACC, the committee he put together to keep its ear to the ground on realignment issues throughout this crazy process, what the dynamic realignment talks have been like for him, the possibility of the ACC eventually becoming a 16-team league, and why the ACC decided to be proactive in adding Pitt and Syracuse at this particular moment in time. 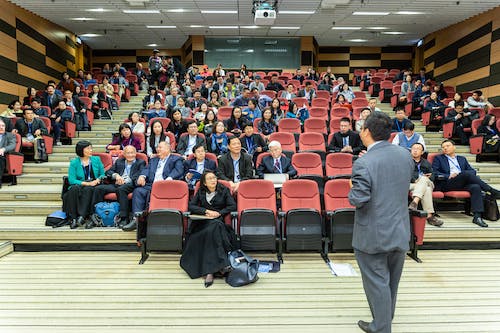 Why are these two schools a good fit for the ACC?:

“I think for a number of reasons. They’re institutions that, from an academic standpoint, fit the profile of the Atlantic Coast Conference and our member schools extremely well. They’re schools that balance a strong academic standing with quality athletic programs. Both Syracuse and Pitt are very strong basketball programs, as we know, and also have excellent football traditions and balanced overall programs. Geographically, it bridges that gap that we’ve had between Maryland and Boston College and it closes that. We’re very excited about the addition of these two programs.”

How beneficial was it that the ACC had created a committee to keep its finger on the pulse of college athletics and realignment?:

“It was extremely helpful. We put this subcommittee, this ad-hoc committee, together about a year and a half ago when the whole Pac-16 idea came into play and we couldn’t tell quite what was going to be going on. … We just felt that we need to be on top of this on an ongoing basis. … [We] did a lot of information-digging, we looked at scheduling models for 14, for 16, looked at all kinds of profiles on various institutions. We looked at all kinds of geographic implications. … We’ve been well-prepared from an information standpoint for a good while. We’ve been relatively quiet about it because we had continued to feel that 12 was where we were settled, at least during that period of time. Then, a week or 10 days ago, began to feel that maybe we need to be proactive.”

On the ongoing shifts and realignment discussions:

“I’ve never, in my 35 years or so in this business, I’ve never seen the concern and lack of stability in terms of conference affiliation like we’re seeing today. We had had more and more schools reach out to us to inquire about possible membership in the ACC. … I think there’s just a lot of instability right now and I hope we’ll see the day, before too long, when that instability settles and we’re back to knowing sort of where everybody belongs from a conference standpoint and we can get back to talking more about athletes and games.”

What’s the thought process on whether the league should add two more programs to be a 16-team conference?:

“We’ve still got our eye on the landscape and we’ll see what evolves. I’d be surprised if our movement to 14 is the only thing that happens in the near future. I guess that’s an understatement. We’ll just see how that evolves. … In our discussions, it wasn’t just about 14, it was about 16.”

How did the thought process evolve from wanting to be proactive rather than reactive?:

“I don’t think there’s a singular tipping point to that. I think that there’s a certain subtlety there that probably comes into play with the events of the summer before last and then the Big Ten going with Nebraska and the two schools leaving the Big 12 and going to the Pac-10 to make it the Pac-12 and then it all surfaced again with the SEC and Texas A&M and their discussions, which put the Big 12 back on the radar in terms of whether they were going to be viable long-term or not. That’s still to be determined, obviously. I think all of that, together … has created kind of an environment where more and more schools that are not in conferences that were where they feel there’s long-term viability, long-term stability, have started looking around. … I think over a period of time, as we digested that … there just was a gradual growth of the opinion that we’re not sure where all of this is headed, but we are sure of our commitment to making the Atlantic Coast Conference a prominent player going forward.”