Aaron Rodgers knew what it was like to get hot at the end of the season and make a Super Bowl run. He and the Green Bay Packers had done just that One year later, the Packers were on the other end of that this past season as they ran into the New York Giants who won the NFC East in the last week of the season and made a run to a championship.Rodgers admits that hurt, but also can’t help but like his chances going forward.When the Packers get back on the field, Rodgers will again have receivers like Greg Jennings and Jordy Nelson at his disposal. The team also resigned tight end Jermichael Finley, who didn’t have the best year but is a favorite of the quarterback. And the Packers signed center Jeff Saturday, a veteran who should only help the system. 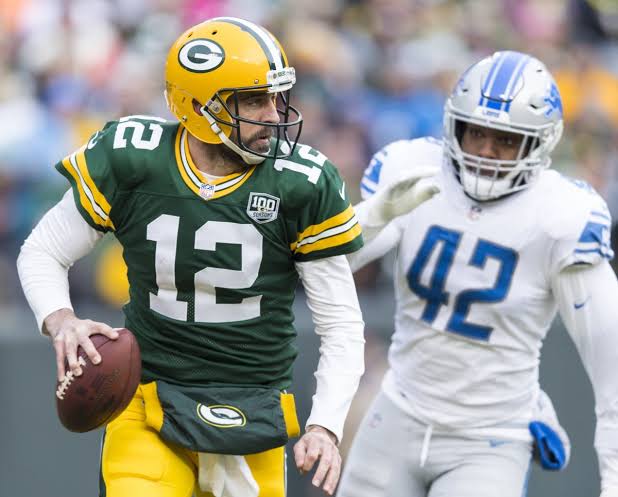 Aaron Rodgers joined ESPN Las Vegas with Paul Howard to discuss the discount double check, Steve Novak doing the title belt for the Knicks, the disappointment in the end to last season, the zone that he’s been in, the makeup of the Packers in general and the team’s chances going forward.

How big has this discount double check/title belt thing gotten?:

“It’s right up there with talking about fantasy football. I’m a high pick in fantasy according to the fantasy football owners. That’s kind of the number one comment. Right after that is discount double check.”

Did you see Steve Novak for the Knicks is doing your move?:

“He is. He’s a Wisconsin guy, went to Marquette I believe. Keep doing it big fella.”

You guys put together such a strong regular season. How much did it hurt to lose in your guys’ first playoff game?:

“It was tough. The game against Kansas City, they played really well that day where they shut us down. Our offense had been playing really well coming in but they had a good plan and they beat us. I think that kind of refocused us. Unfortunately, though, we got into the playoffs and went up against a hot team and they beat us. Like we did  two years ago, we went on the road and won three games to get to the Super Bowl. The Giants got hot at the right time, won the division the last week of the season, had a home playoff game, then went on the road a couple times and won two big games and won the Super Bowl. I think it just shows you, as important as the regular season is as far as seeding and making sure you’re playing the right way, the last couple weeks of the season is probably the most important time of the year.”

Do you just feel like you, personally, have been in the zone for about a year and a half?:

“I think the older you get, the more you start to understand the small idiosyncrasies of the game and what it takes to be successful. The game slows down for you, like they always say, and becomes easier to kind of do the things you want to do. You rely on your preparation more and more. When you  have a good routine of how to get ready to play on Sundays, it gives you a lot of confidence going into games that you’re going to play well.”

On the makeup of the team:

What do you think about this group going forward, especially after adding center Jeff Saturday?:

“I like our chances. We’ve got a great group of guys on offense, a lot of weapons. The way Jordy Nelson played this year was key to our success. Obviously having Greg Jennings there is a big help. Re-signing Jermichael Finley, one of the top tight ends in the league, can’t do more to help you. We’ve got a lot of weapons on offense. Having Jeff in there, who has been a part of an up-tempo offense, and offense that runs a lot of no-huddle, which we have kind of morphed into. … I think, for us, it’s just about being consistent and getting to the playoffs and playing the right way at the end of the season.”