Aaron Rodgers seems to have mastered something that his predecessor could not. He is accessible without being too accessible. And while he loves to interact with fans, he finds a way to make it about them and not him. He’ll also answer any question truthfully and honestly. Rodgers “gets it” off the field and that has helped him so much with his performance on it. He’s made it hard for even the most devout Favre fan not to root for him. The laid-back Rodgers will very soon shift his focus from golf tournaments, Tweeting and candidly discussing quarterback ranks and ESPN personalities to lead a team that is one of the favorites to make it to the Super Bowl from the NFC. The Packers have one of the most well-rounded teams in the league, with exceptional talent in just about every facet of the game. In 2009, Green Bay closed 7-1 with just a last second loss to the Steelers in Pittsburgh. In the playoffs, the Packers had to travel to Arizona for one of the most entertaining wild card games in league history (another loss on the last play). Now the Packers are thinking division win and playoff home games. And maybe even getting a chance to oust the aforementioned predecessor. Aaron Rodgers joined Darren Smith on XX Radio in San Diego to discuss expectations for, the Pac-10 season, Twitter, living in a fish bowl and golfing with Michael Jordan. 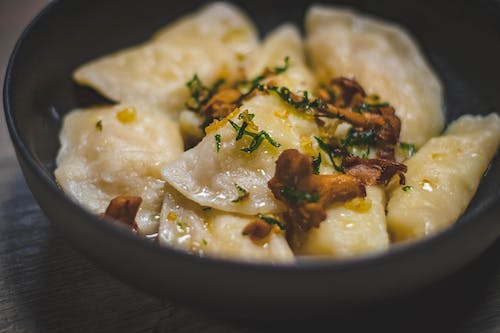 On high expectations for the 2010 season:

“There’s always expectations in Green Bay. I don’t care if people pick us to win or not. Our fans expect us to win a Super Bowl every year. We’ve fallen short in my two years as a starter. We need to get back to winning division titles and having home games in the winter time in Green Bay because that’s where it starts. People say, ‘Oh, your goal is the Super Bowl?’ Every year that is the ultimate goal. But, first and foremost, our goal is to win the division, because we if we have a home game in the playoffs in Green Bay, it’s going to be tough for our opponent… We like where we’re at. We got a good group of guys. We have talent. Everyone has talent in the NFL. But we have a good group of guys, solid character guys.”

On if he considers his 2004 Cal team as the Pac-10 Champions (despite losing to Reggie Bush’s USC):

“That’s funny. I will take my bowl ring, definitely. We played a great game against SC down there. We lost 23-17. Reggie definitely had an impact on it. Reggie is a buddy of mine. You hate to see something go down like the way it’s going down. I like the things we did at Cal, the way we conduct our business and what Jeff Tedford’s done down there… The fact of the matter is that they beat us. It was a great game, one we feel like we should have won. I know Cal fans do as well. I still feel like we should have gone to the Rose Bowl regardless of that game.”

On the fanbases that respond to him on Twitter:

“It’s wide open. There’s no filter on the kind of things that people can say and have said to me. The reason that I did it is because I feel like it is a great outlet to be able to have an interaction with my fans. Being somebody that enjoys their personal life and a separation of public and personal life, I thought that it was a great outlet to be able to respond to comments and questions from fans. I love the banter from other teams’ fans and critics and what not.  I don’t appreciate the derogatory comments on there. I think those have absolutely no place. I question the toughness and the character of people that have to use the Twitter outlet to say something derogatory or a personal attack on me. But, I do enjoy the interaction with the fans.”

On the fish bowl that athletes live in:

“You know, TMZ has a new sports page. And with videos on phones and picture phones and a number of avenues that can lead you to have a picture get on the web or audio get on the web or whatever. You just need to be more careful. I’m sure a lot of guys from the late ’80s and ’90s are thankful that there wasn’t some of that stuff. As an athlete, it just reminds you that everything you do can and will be put out there to the cyberspace. You just need to be smart about what you do. I try to remember the members of my family first and the Green Bay Packers, who pay my salary and give the me greatest opportunity to be their starting quarterback. I just try to keep that in perspective and on my mind when I’m out.”

And on playing golf with Michael Jordan:

“I try not to be that little kid who gets to play with his idols, but I really was. Just a couple questions. He was great… I was sitting next to him when he gave that interview, which has kind of gotten some buzz about he was talking about, ‘I never would have called up Larry and Magic and say hey let’s all play together.’ I thought that was interesting. We talked about other stuff that I’m not going to mention. It was interesting to get his perspective because he is an owner and obviously he knows the game very well. I thought his comments were interesting.”