Aaron Maybin on Playing Against the Buffalo Bills: “What happened in Buffalo was in Buffalo. My main focus is on getting on a W.”

After being dubbed quite possibly the worst player in the NFL last year, Aaron Maybin, is swinging back at his critics. The 11th pick of the NFL draft by the Buffalo Bills was often portrayed as self-centered, a waste, and even a huge bust during his time at Orchard Park.Well Rex Ryan and the New York Jets saw a potential steal in the man that Joe Paterno accidentally called “Mayhem,” during his freshmen year at college. Maybin has made a believer out of Jets fans, proving to Ryan that his faith would pay off.After originally being cut from the Jets roster at the end of training camp, Maybin was re-signed at the start of October. 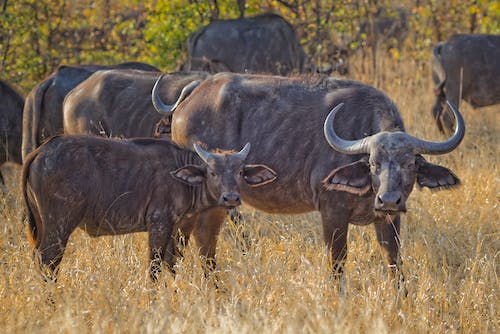 In four games for New York, Maybin has collected 6 tackles and 3 sacks. He didn’t have a single sack during his two-year career in Buffalo. He’ll look to make the Bills pay for it on Sunday.Aaron Maybin joined WFAN in New York with Joe and Evan to discuss being pumped up to go against his former team on Sunday, if he felt he received a fair chance in Buffalo, the reason why his career has started to take off with the New York Jets this past month, how he got the nickname “Mayhem,” and the Jets having a chance to take control of the AFC East with wins against the Bills and Patriots in the next two weeks.How pumped up are you with a chance to go back to Buffalo and take on the Bills this weekend?“I am pretty excited. I have been watching film on them for the whole season basically, so it’s going to be good to get out there and have a chance to get back out there and start flying around.

”Did you feel you got a fair shot in Buffalo?

“Honestly I am not the guy who is going to go around, complaining about what I didn’t get in Buffalo and all that kind of stuff.  What happened in Buffalo was in Buffalo.  With this week coming in my main focus is on getting on a W.”What has been the biggest difference with the Jets where your career has started to take off?“Honestly coach [Rex] Ryan has just had the confidence to put me out there and let me make plays for him. For whatever reason for the amount of times I was in Buffalo I was never able to earn that confidence from the coaching staff where they felt like they could put me out there and expect big plays from me, but ever since I have gotten here that has been how Rex has used me. That’s what he has expected out of me out from day one and having that confidence from your head coach is definitely something that makes you want to go out there as a player and work your hardest.

”How did you get the nickname “Mayhem” by the way?

Take us through that:“It’s started off kind of like a little childish thing really in college. Joe Paterno, my college head coach, actually slipped up and mispronounced my name during one of our practices freshmen year when I was in college. After he did it all the guys in my freshmen class and all the upperclassmen they never let me forget about it. That was kind of when it started, but towards the end of my college career some of the fans started to hear about it and everything. We had groups of fans that were coming with their own cheer section and had my last year in school there was a group of students they would make a sign and come every week and they would just support. You know just with them showing us that support for the time I was in school and all that kind of stuff.”The Jets can really take control of this division if you go out and win these next two games against the Bills and Patriots.

How about that as you get ready for a crucial part of the schedule?“This is what you sign up for. When you started playing games as a kid in your back yard you envisioned one day being able to play in one of those high stakes games like the games we have coming up on our schedule. We got a tough stretch ahead of us, but one of the things we noticed and have seen on that stretch is that how we come out of that stretch is going to say a lot about the character of this football team. Guys have really been attacking that preparation aspect of it pretty hard and it’s been fun, but at the same time we are making sure we took this bye week to refocus ourselves and get ready for that long haul that is coming in that second stretch of the season.” Listen to Aaron Maybin on WFAN in New York here Tags: Aaron Maybin, Jets at Bills, Joe and Evan, New York Jets, NFL, WFAN in New York

Responses to “Aaron Maybin on Playing Against the Buffalo Bills: “What happened in Buffalo was in Buffalo. My main focus is on getting on a W.””

Very classy! Love story behind “mayhem”. Can’t wait to see the Mayhem he causes on Sunday!