Aaron Hill on Hitting For Cycle Twice in 11 Games

Aaron Hill of the Arizona Diamondbacks is in the vote for the final spot on the NL All-Star team, and he has made a compelling argument for himself to make the squad. Hill hit for the cycle for the second time in 11 days recently, an extraordinary feat really. The Diamondbacks second baseman took time out between his torrid stretch at the plate to reflect on his historic accomplishments. 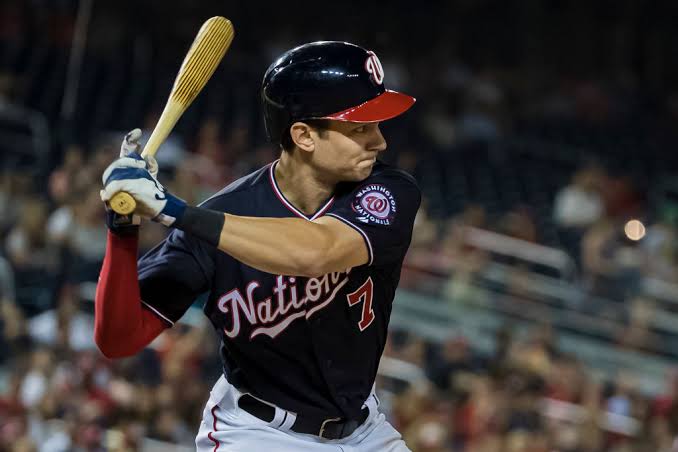 Hill joined XTRA 910 in Phoenix to talk about hitting a triple into the gap in his last bat during his most recent cycle game, getting the tough hit to finish off the cycle twice in 11 games, whether he’s surprised that more guys have not hit for the cycle over the course of history, his comfort level since joining the Diamondbacks, being an All Star Game snub, what it means to be on the radar of fans across the country, and what the Diamondbacks need to do to compete with the elite teams in their division and across baseball.

His thoughts on hitting it into the gap when the last hit he needed was a triple:

“Honestly I was just going up to try to get another hit. It really did’t get into my mind because, obviously, a triple is on of the harder hits to get. When I saw Nyjer didn’t run it down, I thought, okay this is possible.”

When looking at both of your cycles, one was completed with a home run and the other with a triple. Those aren’t the easiest things to do in that situation:

“Luckily, it’s a pretty good ballpark. Got one in the gap and it just kind of bounced around a little bit. It worked out perfect I guess”

When talking about hitting for the cycle twice in eleven days and looking into the past, are you surprised it doesn’t happen more often?

“I don’t know. Like I said, I’ll take every hit. You’re not going up there every day trying to hit a double, triple, single or even a home run. Try to relax and take any hits that they’ll give you. It just kind of worked out great but as far as going back,  I don’t know how many years they said it was, eighty something years, it’s pretty neat to think about. It’s kind of cool, we got a call from Cooperstown today, they wanted the cleats sent right away so, I wasn’t going to say no to that. Now I don’t have any cleats to wear for the game tonight [laughs] .”

You have been marvelous since joining the Diamondbacks. A lot of people were skeptical of the trade but you turned into a modern day Ryne Sandberg. Do you just feel really comfortable here?

“I appreciate that. It’s nice to go out day to day and contribute on a day to day basis. It’s so, I don’t know, warming, humbling just to come back and know you are helping your team any way you can. It was such a neat experience last year being with these guys and going to the playoffs, for myself and being involved with something like that. You think about it all offseason and it’s all you want to be a part of. That’s what you play for right there, that feeling at the end of the season. Unfortunately, we didn’t go as far as we wanted to but, you get that feeling, you don’t want anything else. It’s something to hold on to, it’s what you work for. It’s fun to see the guys turn it around, and everyone’s really doing a good job as of lately. It’s just fun to see the Diamondbacks that we all know.”

On being a potential All Star game snub and being on the radar of fans across the country:

“Well that’s out of your control. All you can do is play as best as you can and hope it works out in the end. But I appreciate it. Obviously it’s wonderful to get recognized, and anybody who’s ever been in an All Star game knows it’s a very special time for you and your family and individually for your career. It’s a blast, you’ve got to cherish it, take as many pictures as you can — you don’t know if it will ever happen again. I hope it happens every year for me. But just cherish the moment. It’s something pretty special. But hopefully I’ll have another run at it another time, but I mean, our goal right now is just catching up to a couple of teams ahead of us and see where we can go with it.”

On the Diamondbacks taking the next step in their chase of the Dodgers and Giants in the NL West:

“Yeah, I mean, that’s baseball. You’re going to lose to good teams, bad teams, but on any given day you can beat some of the good teams. So it’s just one of those things. For our team especially, it’s going to be the little things that we’re going to have to continue to get better on — getting a guy over, getting a guy home from third, because those runs, there’s some really good teams ahead of us. Those two teams ahead of us, they’re really good, so for us to continue to make this playoff run, which we’re only a few games back and guys can feel it, but just continue to not put too much pressure on ourselves and just be us and be what we’ve been the last month — that’s going to go a long way for us.”