A Trade Convinces CP3 to Stay in New Orleans

The New Orleans Hornets entered the ’09-‘10 season with very high expectations.  The team’s core was returning, a solid draft yielded productive rookies, and the Western Conference was wide open.  But after a disappointing start, head coach Byron Scott was fired and replaced on the sidelines by general manager Jeff Bower.  Shortly after, Chris Paul injured his left knee that forced him to miss thirty-seven games while rookies Darren Collison and Marcus Thornton were able to keep the Hornets competitive down the stretch.  In the absence of Paul, Collison put up some ridiculous numbers convincing those around the league he was ready to lead a team.  After a summer of Paul trade rumors, the Hornets finally got on the same page as their franchise player and brought him some help.  The Pacers, who are in dire need of a point guard, pulled the trigger and traded for Collison in a four-team, five-player deal that resulted in the acquisition of Trevor Ariza from their Southwest Division rival Rockets.  That trade was a necessity for New Orleans because they had to reaffirm their commitment to CP3.  Otherwise, Paul would have been playing in a different jersey sooner rather than later.Chris Paul joined The Score on Satellite Radio to talk about how he feels about the Hornets this year and his future with them, Whether he wants to stay in New Orleans, and what he thought about the U.S men’s basketball team that just won the FIBA World Championship. 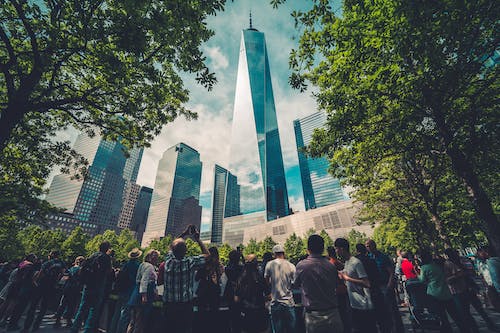 How long it took him to get used to living in New Orleans:

“It is funny because my first two years I was at Oklahoma City because we were displaced by the Hurricane, so my first two years were in Oklahoma City.  When I went back to New Orleans it is a lot different than Carolina and I love it.  I love everything about the city and I tell people all the time.  Everybody thinks that it is the food or it is Bourbon Street that makes the city of New Orleans, but it is the people.  It is unlike nowhere else.”

How he feels about the Hornets this year and his future with them:

“I am excited about the season this year.  We’ve got Trevor Ariza.  I actually had an opportunity to work out with Trevor last week in New Orleans, great guy but somebody that is really hungry.  So I am excited to play alongside Trevor because there are some guys that win championships that feel complacent a lot of times.  In talking to Trev, he is hungry and I cant wait to get started.”

Whether he wants to stay in New Orleans:

What he thought about the U.S men’s basketball team that just won the FIBA World Championship:

“Man it was unbelievable.  I was probably one of their biggest fans watching those games.  I played in ’06 when we lost in the World Championships.  We got 3rd place when we lost to Greece so to see those guys there and get to go it was special knowing how young the team was.  I think it just showed how hungry the U.S. is to get back to where we need to be.”

How big of an adjustment it is to play with the FIBA rules instead of NBA rules:

“It is a big adjustment, a big adjustment.  There is no defensive 3 seconds, team’s play zone.  You basically have to take a different role from your NBA team, and you can knock the ball off the rim.  So it is very different.”

What is it that drives his competitive fire:

“I just hate to lose.  Every time that I step out onto the floor I am going to compete as best as I can and I am trying to win.”