A.J. Hawk: Packers’ Defense is Improved, But Hasn’t Hit its Stride Yet

Green Bay Packers linebacker A.J. Hawk doesn’t beat around the bush when it comes to assessing the team’s defense not being very good in This year, despite injuries to players like Charles Woodson, Clay Matthews and B.J. Raji, the unit has improved and the Packers own a one-game lead in the NFC North on the Chicago Bears with the two teams set to collide this weekend.A.J. Hawk joined ESPN Milwaukee with Homer and Thunder to discuss how he’s played this year, the improvement by the Packers’ defense, if he starts looking at playoff scenarios at this point, Aaron Rodgers as an athlete in general and comparing his career at this point to where he was selected in the NFL Draft. 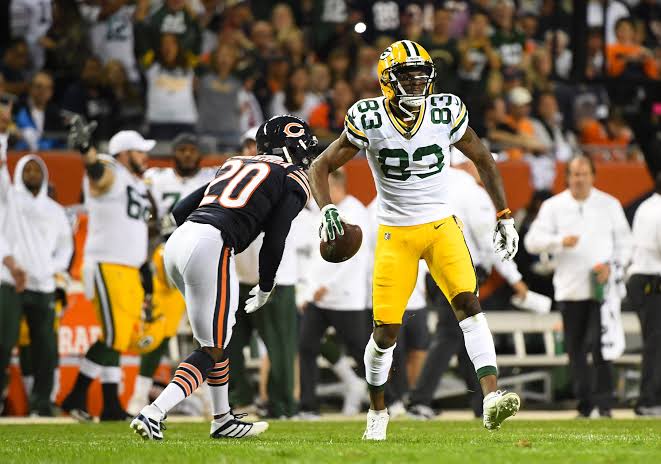 How do you feel like you’ve played this year?:

You guys have been hurt on defense by injuries, but you could argue that the unit has been even better than it was last year:

“I’m not saying that without Charles [Woodson] and Clay [Matthews] we’re better. We need those guys; they’re amazing players. But I would say … we didn’t play very well last year, as a defense. We had to count on our offense to bail us out multiple times, and that’s just not a good feeling when you know that, for whatever reason, we just couldn’t get guys stopped. … We’re not even close to hitting our stride. We’re on our way though.”

Were there specific things this defense worked on to improve, or what’s been the key?:

“A whole lot hasn’t changed. Defense, I say it all the time, it’s not rocket science. We’re trying to tackle the guy with the ball. That’s all it is. I wouldn’t say we’ve changed up our scheme a whole lot. We haven’t done a whole lot of different things. … I think, just as a whole, we’re working better as a unit. It definitely takes 11 guys and we’re on the same page a lot more than we were last year and we’re not giving up a lot of big plays.”

As the season’s end gets closer, how much do you start breaking down playoffs seeding scenarios?:

“For myself personally, I don’t really play any of those games in my head just because … last year, look at it. We were set up thinking, ‘Oh, this is so nice. We’re set up going to the playoffs — first-round bye, 15-1.’ Then, bam! It’s over, that quick. I don’t think any of us are looking ahead too much. … It all starts this Sunday with the big game against Chicago.”

What does Aaron Rodgers think that he’s good at but he really isn’t?:

“I would say he definitely thinks he’s a solid ping-pong player. I would challenge him any day in ping-pong. But you know what he’s really good at? We played dodgeball as a team a couple years ago, and he was a stud. … He’s definitely a good athlete.”

What’s your response to fans who directly compare how you play to where you were drafted in the first round?:

“I don’t know. I think you’re allowed to have opinions. … Whatever they think of how I’ve played and what I’ve done — I’ve been lucky enough to win one Super Bowl here, and hopefully many more — but whatever anyone says, if they have anything positive or negative to say, I’m open for it. … When I got picked, I was 21, 22 years old, such a young kid and new to everything. … I don’t think I feel pressure. I think everyone, as a player, you’re paid to perform, and if you don’t perform, you’re gone.”