49ers Record-Setting Kicker David Akers: “It has just been an absolute blessing to be out here with a great group of guys.”

Raise your hand if you had honestly thought that the San Francisco 49ers would be sitting at the No.2 seed in the NFC as the 2011 NFL playoffs commence this weekend? Outside of the most optimistic homers, not many.Jim Harbaugh came in as a first year head coach in a shortened off-season with a quarterback in Alex Smith who noone had much faith in, and morphed this 49ers team into a 13-3 contender. Harbaugh did it with a stifling defense, outstanding special teams and an offense that manages just enough without turning the football over. Perhaps most importantly, there legitimately seems to be one of those cliched culture changes going on in San Francisco where everyone’s on board chasing after a clear message articulated by the team’s head coach.One of the reasons San Francisco has remained so consistent has been the record-setting season turned in by kicker David Akers. The longtime Eagles kicker surprised many people in the NFL world when he signed with the 49ers after the lockout had ended. It turns out Akers made the right choice heading west, even if it meant, as he says in the following interview, leaving his behind in the Philly/New Jersey area while he pursued his next gig in the National Football League. 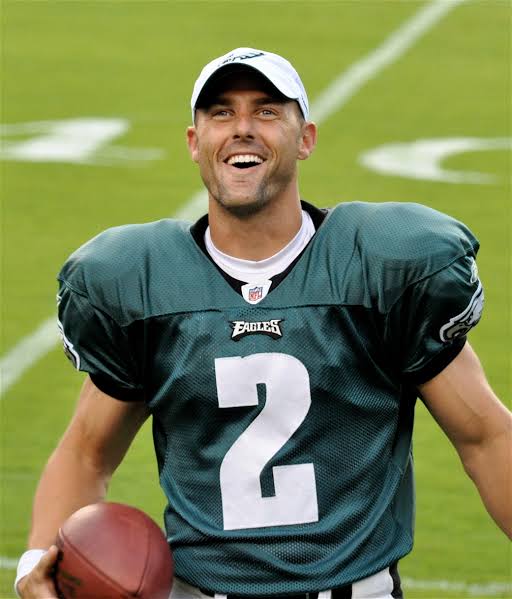 “I know it might sound like a cliche —  I really felt like it has just been an absolute blessing to be out here with a great group of guys. As you know with your team sometimes you got guys who have a lot of egos and kind of have like a quirkish atmosphere. There’s contract issues and parts like why should you be playing here? That person should be playing there. I don’t see that at all here. It’s really driven by a lot of the veterans that have the one thing on their mind is first to be a winning football team. When you have the Justin Smith’s and the guys like Patrick Willis and Alex Smith. I remember Alex…coach brings him his wise of words and he was talking about how difficult training camp was and he said: ‘Listen we’ve done it in a lot of different ways here. This way may be more different and difficult at times, but maybe it is going to work because it hasn’t worked the other way.’ I think that has been the idea circulating around this team. A lot of the guys that have been here have bought into what the coach has wanted to do and how he wants to formulate the team and the camaraderie has built right around that and it has been interesting to the see ‘chemistry’ develop as the season has progressed.”

Why did you pick the San Francisco 49ers in the off-season?

“I did for several reasons. First off I had a connection with the Harbaugh family. John [Harbaugh] was my coach for 8 years. Jack [Harbaugh] was almost my college coach. He recruited me for Western Kentucky. Brad Seely was my first special teams coach in the NFL. When you look at the coaching aspects you’re saying it’s a good opportunity to be with the team that I think will be on the rise because these guys have all been successful in the past wherever they have been. On the field atmosphere? I had also worked with Brian Jennings and Andy Lee at two different Pro Bowls and I knew what they were as far as professionals and what they were off the field as just men. Andy Lee has been holding for a left footed guy for six years and with no off-season and going right into it I thought this was the best situation going forward for a couple of years. That was really how it all kind of came together, so football reason wise it seemed like the best fit for me. It may not have been the best fit for my family as far as moving them 3,000 miles away from what they have been use to, but football wise it was a no brainer in my opinion.”

How have the 49ers improved in the red zone offense?

“First off we are getting points in the red zone, which is at least better than a turnover or punting as you get down the field. Secondly I think sometimes a play here or there. A tipped pass or a run didn’t go quite like you want or incomplete or dropped pass. Anything can happen then all of a sudden the defense gets momentum and you are out kicking a field goal. I think just executing on the plays that are being called at a higher proficiency is the key to getting more. I believe we are ranked pretty high as far as scoring in the red zone just not scoring touchdowns all the time and people say you are stalling, but again you are not punting. You are not turning the ball over. You are putting points on and ultimately if you are kicking three field goals and you win 9-7 it may not be the prettiest thing in the world, but all you need is one more point than your opponent and that’s basically what we are looking for each and every week if you really break it down. I have been impressed with just how we have been moving the ball up-and-down the field and at times we don’t get to punch it in and that’s really why I have a job though, so selfishly it’s been nice.”